How Much Does It Cost To Be On The Bachelor?

How much does it cost to be on The Bachelor? Surprisingly a lot!

The outfits and make-up in Bachelor Nation are next level, and have the price tag to prove it. But the biggest expense is interrupting your education or career to spend 2 months chasing true love. Worth it? Depends on what you can afford.

How much money does it cost to be on The Bachelor?

Being a contestant on ABC’s The Bachelor isn’t free.You don’t have to pay to be on The Bachelor (and you won’t be paid to be there either) but you do have to make a significant investment in your appearance.

Furthermore, sites like ShopYourTV share where to buy the outfits of every Bachelor contestant, making their wardrobe choices even more weighty before they embark on their journey for love. I, personally, was very excited to see Hannah Ann and I have the same shoes. (I actually bought them after I saw her wear them in an earlier episode this season!)

They are the best! So comfy and look great with jeans pic.twitter.com/2FFwTzHAww

Undoubtedly one of the most challenging aspects of being a contestant on The Bachelor is not knowing how long you’ll be there, but packing a suitcase as if you’re going to proposals. Contestants need outfits for the following:

You never see contestants wearing the same outfit twice, which means you have to pack quite the wardrobe to make it through the season. Since a cocktail dress can run anywhere from $200 to $600 each, it wouldn’t surprise me if many of the girls packed thousands of dollars worth of dresses for those boozy hours alone. Add in some hiking gear and enough swimsuits to spend 5 days per week poolside and you’re easily pushing a five-figure clothing budget.

The beauty standards of The Bachelor seem to get upped every season as contestants arrive in their limos ready for a career of hawking hair gummies on Instagram. These women are beautiful, and often it’s in no small part to cosmetic enhancement.

Getting your hair cut and colored for your debut on the Bachelor probably runs only about $400, but many of the girls have semi-permanent cosmetic procedures like spray tans ($60), eyelash extensions ($150), eyebrow microblading ($500), lip injections ($300) and Botox ($300).

Some also boast nose jobs ($4,000), chin implants ($4,000), breast augmentations ($10,000) and more. Though it’s less likely these surgeries were done specifically to prep for the show, unless they’ve been planning a long time!

How much does it cost to be on The Bachelor in terms of career disruption and unpaid time off?

Interrupting your career or education in order to be on the Bachelor is hands-down the biggest blow to your bank account. It’s also the one everyone seems to ignore!

Filming The Bachelor takes approximately 8 weeks, though it will be shorter if you go home early. However, I suspect most employers aren’t keen to hold your position for 1 to potentially 8 weeks while you look for true love on reality television. For this reason, it’s not surprising most contestants quit their jobs in order to be on the show.

Missing out of 2 months of income can cost contestants anywhere from $6,000 to $20,000, depending on what they do for a living. While the actual Bachelor or Bachelorette will collect a salary for being on the show, none of the contestants are paid for their appearance.

It’s likely many, if not all, of the contestants receive some sponsorship opportunities to help with costs both before and after the show. Free beauty treatments and gifted clothing and jewelry can seriously lower the financial impact of being on the show. Likewise, launching an Instagram career afterward could help recoup your initial investment. If you really want to clean up, pull a Jillian Harris who is now worth more than $3 million!

Is it worth the price of true love?

All the contestants of The Bachelor who are there for the right reasons are doing it to find true love. It’s worth noting that in the case for true love the show actually doesn’t have the greatest track record. Also, love is supposed to be one of the “best things in life” that are free, right?

4 Ways Your Toxic Relationship is Costing You 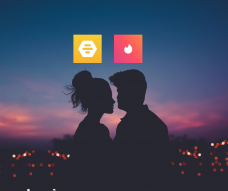 Is Tinder or Bumble Worth Paying For? 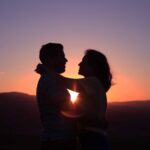 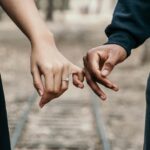 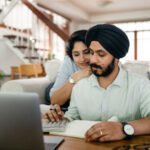